The Victorian period saw a huge growth in literacy in the British Isles. In 1841, around 2/3 of adult men were literate and 1/2 of adult women were literate. By the end of the century, literacy was almost universal, with 97% of all adults able to read. As the lower classes joined the ranks of the reading public, so did the demand for inexpensive reading material.

Much of what we consider today to be classic literature of the Victorian period would have been well out of reach for the average working class family. A three-volume novel like Jane Eyre would have cost a working man a week’s wages. While there were a number of strategies for readers to be able to afford “upmarket” literature, including subscription libraries and serialized publications, “working class literature” tended towards cheaply-produced, sensational, mass-market print like “Newgate Calendars” (accounts of trials and executions), broadsides, the eight-page “penny dreadful,” or the longer-form “shilling shocker,” the latter named for their approximate price.

The shilling shocker is the British equivalent of the American dime novel — usually printed on cheap paper and characterized by lurid writing. A typical shilling shocker might be about crime, adventure, murder, or other sensational subjects. Special Collections owns a number of shilling shockers, some of which are shown here. They can be found by searching the library catalog for the genre “street literature.” 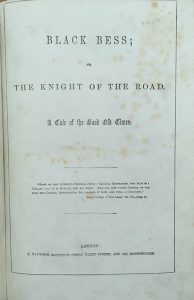 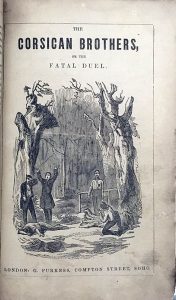 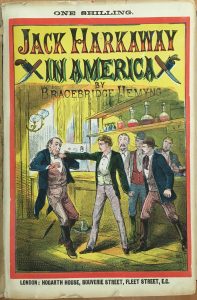 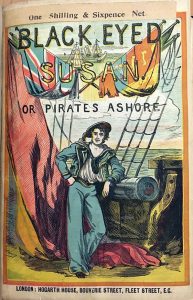 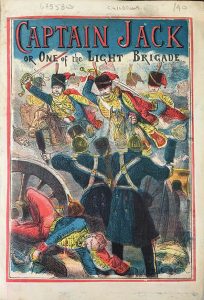 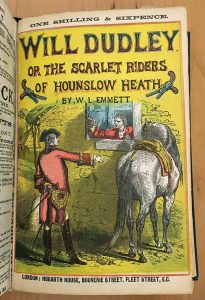