World-renowned ragtime pianist Johnny Maddox died at the age of 91 on November 27, 2018.

In 1970, Mr. Maddox deposited much of his vintage performing arts collection to BYU. Centering on ephemera from the first half of the 20th century, this included collections on American theatre, motion pictures, circus life, vaudeville and magic.

All of the following images are scans from collections that came to BYU through Mr. Maddox. From his records we found that he collected others’ collections as well, and have named those after the original collectors. 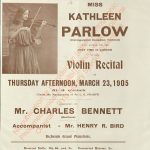 This first item is an advertisement for violin prodigy Kathleen Parlow on a London tour in 1905. -Johnny Maddox collection MSS 23. 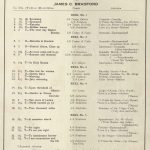 This is a cue sheet for cinema in the silent era. It suggests what type of accompaniment would be most appropriate for each scene. This is for the 1918 Paramount film Resurrection starring Pauline Frederick. -Johnny Maddox collection MSS 23. 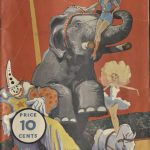 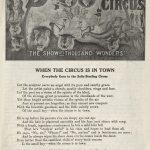 These two images come from a circus program for the 1935-season tour of the Seils-Stirling Circus. -Verne L. Slout papers MSS 1860. 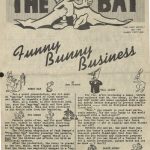 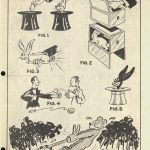 These pages are from a publication called The Bat, a regular publication for magician’s to learn new tricks and hone their craft. -Ben R. Badley papers MSS 1904.

A highly-interesting portion of the Maddox collection is a number of interviews and reminiscences with residents at the Edwin Forrest Home for retired actors, founded in 1873.

Not only were his collections exotic, but his life was fascinating as well.

Born Aug. 4, 1927, in Gallatin, Tennessee (about 30 miles northeast of Nashville), Johnny Maddox had started to learn the piano from his great-aunt Zula when he was only three years old. Maddox came from a musical family that included his father and others as well. Under Zula’s tutelage he would begin performing at age 5, and began a career as a professional pianist at age 12.

During World War II, Maddox entertained the troops with his music, although after the war, he would join the military on his own. He came into his own when the recording industry was beginning to boom itself. His first single in 1950 was Crazy Bone Rag with St. Louis Tickle on the B-side. This single, distributed on 45 rpm discs sold 22,000 copies in just five weeks. Ragtime was a popular music style in the late 1800s, but had seen a great resurrection in popularity in the postwar era. It was a social music style, and his songs were hits in a burgeoning new medium: the jukebox. In 1951, the MOA (Music Operators of America) declared Maddox’s music was officially found in more jukeboxes than any other artist’s in the U.S.

Maddox was a touring sensation, and in just a few years had traveled to 28 states, Canada and Europe, where he was enthusiastically received. His signature hit would be a cover of a German song, Crazy Otto Rag, which was brought to America by a returning GI rather than released here originally. This became the first all-piano recording to sell over a million copies. Due to the popularity of this recording, he would perform under the name ‘Crazy Otto’ for a number of years.

Maddox’s career would spawn 50 albums, 87 singles, and 9 gold records. In 1960, the Hollywood Walk of Fame was still in its infancy, and Maddox would be one in the first group of entertainers to be selected for a star on the sidewalk, certainly the only ragtime pianist to receive this honor.

After the height of his career, he sought to settle down into arrangements where he could play nightly in the same venue. One of his latest stints was with the Diamond Belle Saloon in Durango, Colorado where he performed regular summers from 1996 to 2012.

As Maddox was himself a revivalist, he was also a great student and collector of vaudeville, theatrical, and musical materials from the turn of the 20th century up to the 1950s. During his travels and tours he amassed some incredible collections of early ragtime sheet music, gramophone recordings, wax cylinders and piano rolls. He had a real interest and nose for the historical performing arts, and snatched up great materials documenting this era. He has willed much of his collection to the Center for Popular Music at Middle Tennessee State University. As previously mentioned, however, some of his earlier collections came to BYU in 1970.

We are proud to have these collections that came through Johnny Maddox to our collections and invite you to come down and explore how the performing arts were perceived, promoted, and practiced over a century ago!