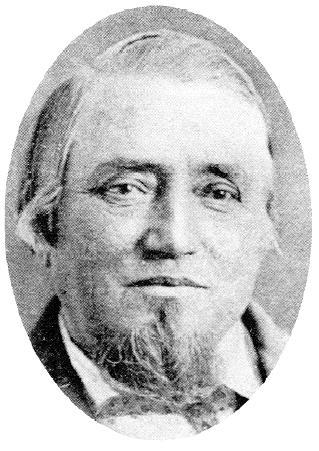 L. Tom Perry Special Collections is pleased to announce the availability of a newly digitized collection: Thomas Bullock papers (Vault MSS 772).  This collections contains materials pertaining to the life and family members of Thomas Bullock, who served as clerk to both Joseph Smith (in Nauvoo) and Brigham Young (in Utah). The collection includes both personal and professional records, including journals, letters, financial records, certificates, genealogical data, partiarchal blessings, and poems. Bullock’s original journals document day to day life, spiritual experiences, and recorded historical moments while living in Nauvoo, Illinois, 1845-1846 and on the Mormon Trail in 1858. They are great sources for the final days of the Saints before the forced exodus from Nauvoo. A majority of the financial records concern Bullock’s family members.  The poems included here were written by Eliza R. Snow for Thomas Bullock.

Thomas Bullock was born on December 23, 1816 as the youngest of nine children to Thomas and Mary Bullock in Leek, Staffordshire, England. At age thirteen, he began apprenticing as a clerk at a law office. In 1838, he began working in the government’s excise department and married Henrietta Rushton. They were baptized as members of the Church of Jesus Christ of Latter-day Saints in November of 1841. By 1843, Bullock and his family traveled to the United States to join the other Saints in Nauvoo, Illinois.

Thomas’s clerkship skills enabled him to serve as Joseph Smith’s personal clerk up through Joseph’s martyrdom. He later stayed behind to record the saints’ final days in Nauvoo before their mass exodus to Salt Lake City, Utah and then recorded their consequent pioneer trek west to Utah. He held numerous clerkship positions in Utah for the duration of his life, including clerking for Brigham Young and various projects for the Church.

Bullock practiced plural marriage. In addition to Henrietta, he married Lucy Clayton in 1846 and Betsy Prudence Howard in 1852. Thomas Bullock died in Coalville, Utah on February 10, 1885 leaving behind twenty-three children.