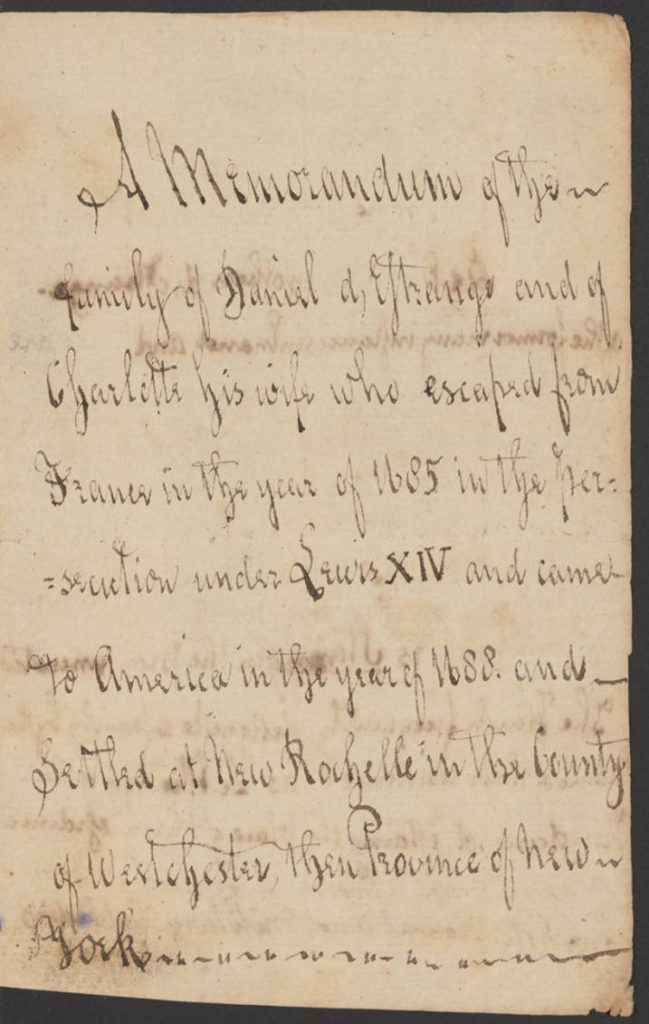 L. Tom Perry Special Collections is pleased to announce the availability of a newly digitized collection: John H. Strang memorandum (MSS 3893). The formal and much longer title of the item is A memorandum of the family of Daniel d’Estrange and of Charlotte his wife who escaped from France in the year of 1685 in the persecution under Louis XIV and came to America in the year 1688 and settled at New Rochelle in the County of Westchester, then Province of New York. This item is a small book by John Strang (also called Uncle John D’Estrange), written for his niece, Sarah Ann Strang. The memorandum tells about the persecution of the Protestant D’Estrange family, John D’Estrange’s immigration to America, his dislike of Catholics and Jesuits, the visit of a man who claimed to be D’Estrange’s son left with guards in France, a list of children of Daniel D’Estrange and Charlotte Hubert. 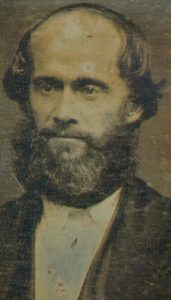 A photocopy from Doyle C. Fitzpatrick’s book The King Strang story : a vindication of James J. Strang, the Beaver Island Mormon King includes a typed version of the journal and some information about James Jesse Strang.

John Hazard Strang was born in Yorktown, Westchester, New York on June 7, 1785. His parents were Henry Strang and Margaret Hazard. He married Elizabeth Ann Purdy in Yorktown on September 20, 1812. His three children were Alsop H. (b.1813), John Grant (b. 1815) and Alvan Purdy (1817). He had a niece named Sarah Ann Strang and dedicated this history of the d’Estrange family to her. He passed away on July 4, 1878 in Yorktown, New York.  The exact relationship between John H. Strang and James Jesse Strang is unclear.