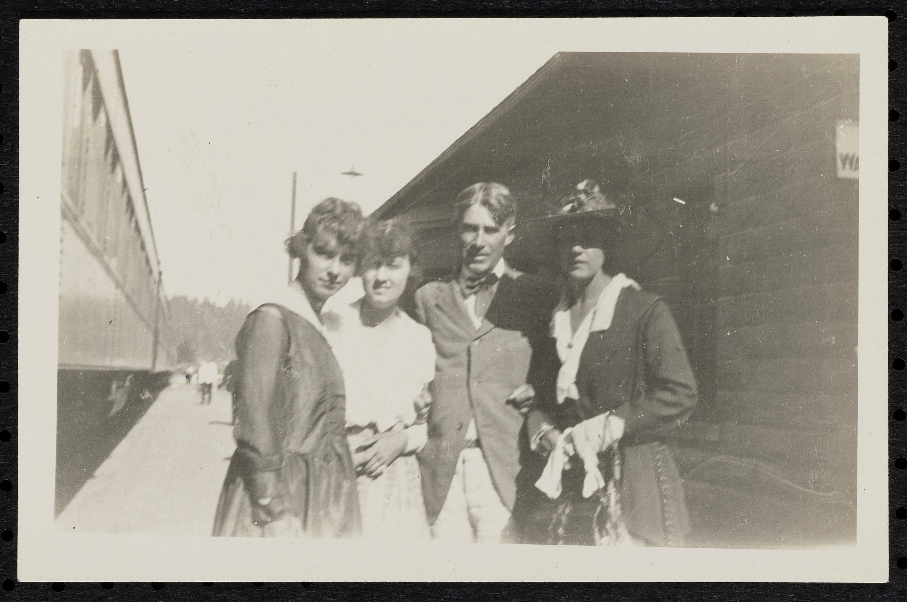 L. Tom Perry Special Collections is pleased to announce the availability of a newly digitized collection: Claire Wilhelm Collection on Zane Grey (MSS 8277).  The collection contains documentation of Wilhelm’s interactions with Grey while accompanying him on various expeditions. The collection contains black and white photographs of Zane Grey and his family, Claire Wilhelm and various other women on trips with Zane Grey, Native Americans, and scenes from Zane Grey movies. It also contains ephemera collected by Claire Wilhelm including silhouettes of Zane and Lina Elise Grey, a Christmas card from Zane Grey to Wilhelm, and a Zane Grey book plate. Materials date from approximately 1900 to 1956.

Claire Wilhelm was born on July 20, 1898 in New Jersey to Henry T. and Leonore Wilhelm. She was the youngest of seven children, the oldest of which was the artist Lillian Wilhelm Smith. She was the cousin of Lina Elise Grey, wife of Western novelist Zane Grey. She accompanied Zane Grey on various fishing and camping expeditions beginning in 1914. In 1918, Grey’s attentions turned to other women and Wilhelm found herself estranged from him. She married Phillips Carlin in June 1921. In 1924, Grey began inviting Wilhelm to accompany him once again after Wilhelm sustained serious injuries in a car accident. She entered into Grey’s employ as a secretary when her marriage began to fail. After nine months with Grey, Wilhelm finally parted ways with him and returned to New York City where she resolved the strains in her marriage. She had two daughters, Virginia and Patricia, and gave up travelling to raise them, however, she continued to correspond with Zane and Lina Elise Grey for many years afterward. Claire Wilhelm died on January 15, 1984, in Branford, Connecticut.