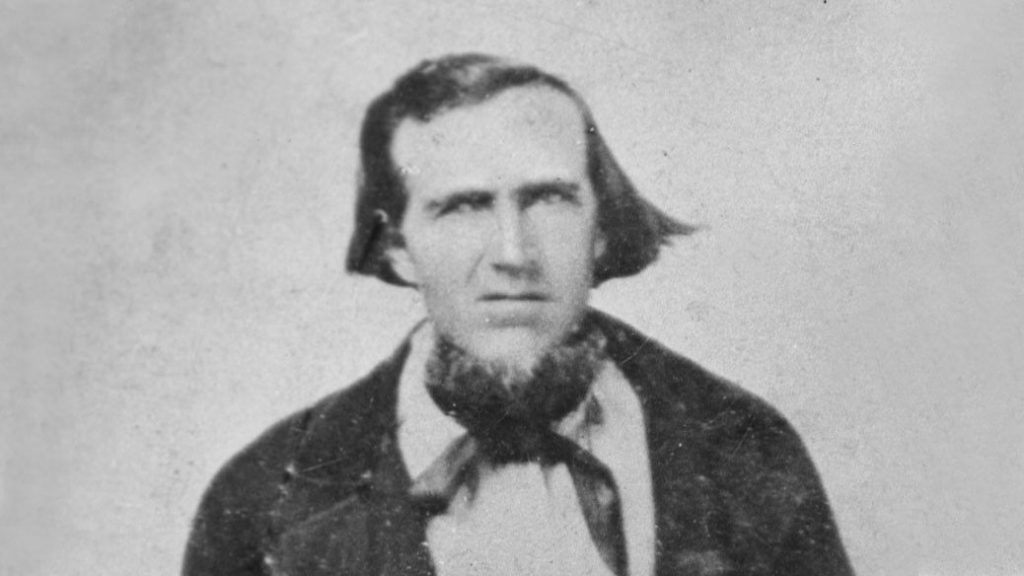 L. Tom Perry Special Collections is pleased to announce the availability of a newly digitized collection: Jacob Hamblin diaries and autobiography (Vault MSS 770). This is a handwritten diary of Jacob Hamblin, with entries from June 21, 1868 to 1886. Entries relate to farming conditions and crop yields in the Kanab Mission of the Church of Jesus Christ of Latter-day Saints, travels along Pariah River, and an account of a conference conducted by Brigham Young on April 2, 1870, dedicating a settlement in Kanab. A separate account titled, “Journal of the Moquis” dated September 28, 1869, to October 5, 1869, written by an individual other than Hamblin, relates events of a mission to the Moquis (Hopi) Indians led by Jacob Hamblin and W. M. Maxwell. The account lists the names and organization of those who participated in this mission. Also contains an account covering the period of winter to fall 1885, with a copy of Jacob Hamblin’s call from Wilford Woodruff to labor as a missionary among the “Lamanites” in 1885, and a transcript of a blessing received by Jacob Hamblin under the hands of Brother McBride of Smithville, Utah. It also tells of travels between Utah and Old and New Mexico, with the author appearing to be Jacob Hamblin. The diary includes an account of a man traveling on the railroad and working as a hired farm laborer, a record of horses purchased by an individual in Pine Valley Utah in 1874, and instructions for pioneer remedies for blood poison, tape worm, and “malerial poison in the blood.”

Jacob Hamblin was born in Salem, Ohio on April 6, 1819. He was baptized a member of the Church of Jesus Christ of Latter-Day Saints on March 3, 1842, at the age of twenty-two. He married Lucinda Taylor (1823-1858) who was baptized soon afterward. However, when Hamblin proposed moving west, Lucinda refused to go. In February 1849, Hamblin and Lucinda decided to end their marriage, and he continued west without her, taking their four children with him. In September of the same year, Hamblin met and married Rachel Judd, a widow, in Council Bluffs, Iowa. She had two children from her deceased husband, and Hamblin and Rachel had five more children together. In 1857, he married Sarah Priscilla Leavitt (1841-1927); they had nine children. Hamblin also had six children with his last wife, Louisa Bonelli (1843-1931). In addition to the twenty-four children by his four wives, he adopted three Native American children.

Hamblin was called by President Brigham Young to work with the Paiute Indians of Southern Utah. This calling began a lifetime of work with various tribes. He was later called as the president of the Indian Mission. He made nine missionary visits to the Hopi villages of Northern Arizona and, in the process, reopened the ancient Ute Crossing on the Colorado River. He pioneered the Lee’s Ferry Crossing, and in 1862-1863 traveled completely around the Grand Canyon. In 1870, he guided United States government explorer Major John Wesley Powell on a survey of the Grand Canyon. In November of that same year, he was responsible for the negotiation of the Treaty of Fort Defiance, New Mexico.