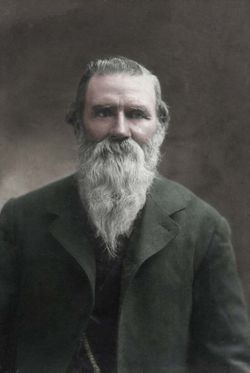 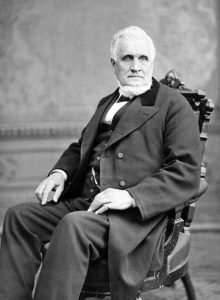 Samuel Bateman was born July 1, 1832, in Manchester, England to Thomas Bateman and Mary Street. His father joined The Church of Jesus Christ of Latter-day Saints in 1838 and emigrated to Nauvoo, Illinois, in 1839. Bateman’s family arrived in Utah in 1850, and Samuel volunteered to go on a mission to Iron County that December. On November 27, 1854 he married Marinda Allen. Bateman was called to raise a platoon of soldiers in September 1857 to confront Johnston’s army, and the platoon joined others at Fort Bridger, Wyoming. Led by Lot Smith, these soldiers confronted the army wagon train, burned wagons, ran off livestock, and succeeded in stalling the army from entering the Salt Lake Valley. Later Bateman returned home, but was appointed to watch the army’s movements as the Saints prepared to move south. In the spring of 1861, he accompanied Brigham Young and others to visit the settlements of southern Utah. Bateman attended the “School of the Prophets” in 1868, and in 1870 he was asked to accompany Brigham Young on a trip to settlements in northern Utah. He married a second wife, Harriet Egbert, in 1871. Bateman later served as guard to John Taylor, third president of The Church of Jesus Christ of Latter-day Saints, and was with him during the anti-polygamy raids and his death in July 1887 in Kaysville, Utah. He also served as a guard and friend to Wilford Woodruff, who succeeded John Taylor as president of the Church. From 1888-1889, Bateman served a term in the Utah penitentiary for plural marriage. For work, he was a brick and adobe maker, mason, miller, farmer, and had many other trades. Bateman served as superintendent of the Sunday School in the West Jordan Ward and later as senior president of the 33rd quorum of the Seventy. He died on January 23, 1911, of Bright’s disease.