We are happy to announce our next installment in the ARCHIVE CLASSICS series. 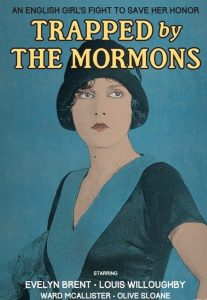 In the first quarter of the 20th century there were some organized waves of anti-Latter-day Saint activities in Britain. One of the mediums they put to use was that of the motion picture, and this belongs to that category.

Sensational, supernatural, strange, and in the end, quite funny—this film had an impact when it was released in March of 1922. On its 100th birthday, the Motion Picture Archive is pulling this relic back out of the mothballs and presenting it for presentation.

There is incredible history with this film, and too much to put in a blog post. Multiple articles have been written about this film, its influence and impact.

Come see it with an audience and hear from Brian Cannon, faculty member in the History Department at BYU, to put this film into its artistic and historical context.